El Modena High School was selected in November by Operation Clean Slate and State Farm to be part of their community mural program promoting safe driving.  After administrators selected the mural location on the El Modena campus with the Operation Clean Slate founder Michael Howard, a contest was held for students to submit mural design ideas. The contest was introduced as part of an assembly where representatives from the California Highway Patrol were present, encouraging students to drive safely.

Student Emily Rodriguez’s design submission was selected as the winner by El Modena administrators and staff. Painting on the mural began on May 25 and was unveiled on June 1.  In addition to having her design painted as a mural on the outside of a science classroom, Emily was awarded a new iPad.

Operation Clean Slate was founded in 1993 as a solution to the multi-million dollar graffiti vandalism issue. It involves youth in hands-on activities and channels their talents to improve and beautify their community. To date, Operation Clean Slate has partnered with over 25,000 volunteers and produced over 800 murals at 400 schools throughout Southern California and in 6 other countries. 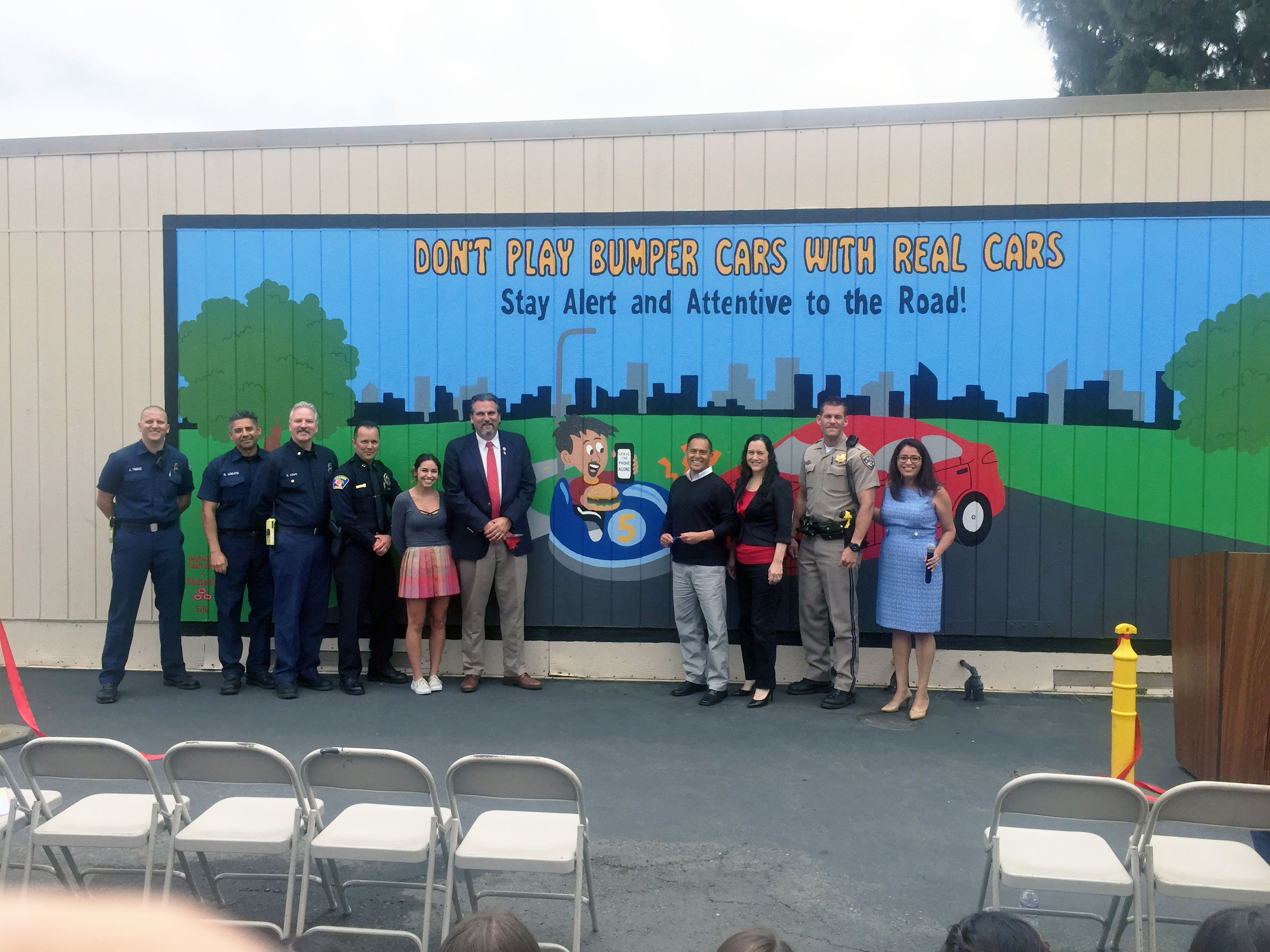