Fletcher Elementary opened the District’s first Mandarin Dual Language Immersion Program in the 2012-13 school year with twenty-seven students in a kindergarten and first grade multiage classroom. Today there are four classes of students in grades kindergarten through fourth grade, with more students enrolling each year.

In 2013-14, Fletcher began networking with other Mandarin Dual Language Immersion schools and the Confucius Institute at SDSU. This partnership resulted in an increase in Chinese language and cultural teaching resources and services available to the Fletcher teachers and students.

Confucius Institute Classrooms are hubs based in local schools which stimulate and support the innovative teaching and learning of the Chinese language and culture. These classrooms are supported by the Confucius Institute at SDSU to promote the teaching of Chinese in elementary, middle, and high schools. Facilitating the education of teachers to teach Chinese language and culture courses for the local community and supporting Chinese cultural activities, events and competitions are also a focus.

During the two-year application process, the Confucius Institute staff provided cultural assemblies, instructional resources and support to Fletcher. Through this effort, the Fletcher Elementary Mandarin Dual Language Immersion Program was recognized as an official Confucius Institute Classroom in June 2015.

At last night’s official recognition ceremony by the Orange Unified School District Board of Education, Fletcher Principal Rebeca Nelson thanked the board for the honor and said, “We are so excited about our program as a whole. Fletcher has such a strong community to support our programs.”

Orange USD is committed to offering a learning environment of excellence, with high expectations to provide each student with the opportunity to compete in the global economy. As research shows, students who engage in early language acquisition attain higher levels of native language proficiency and become multilingual and multicultural, which is an advantage while competing for 21st century colleges and careers. With very few similar immersion programs nationwide, the introduction of Chinese immersion classrooms at Fletcher is a big step in expanding the influence of the Chinese language and culture. Congratulations to Fletcher Elementary community for this exemplary program.

Please click on an image for the full-resolution view. 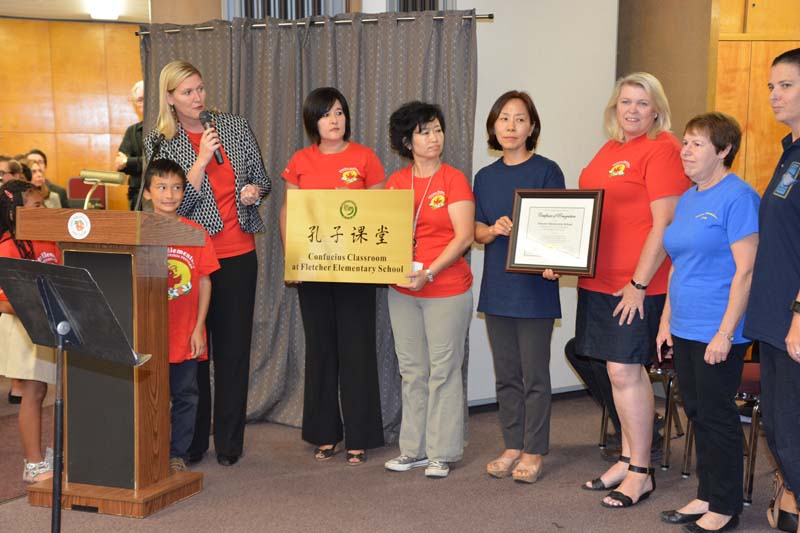 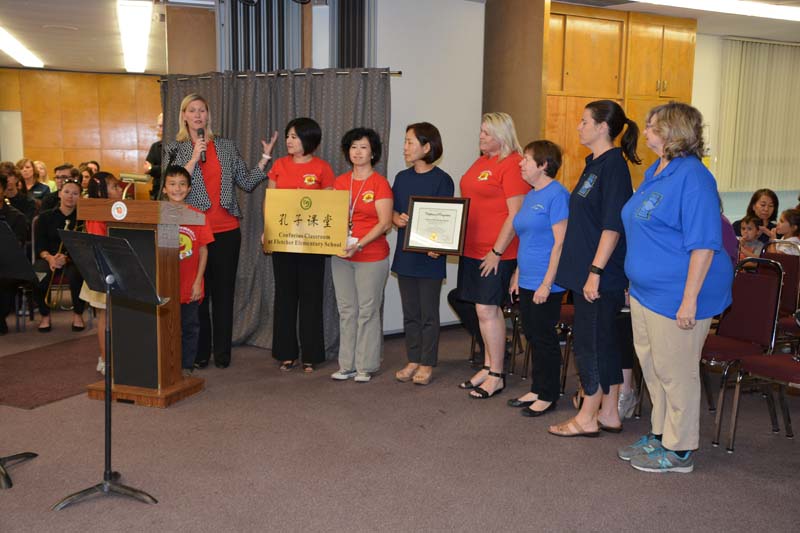 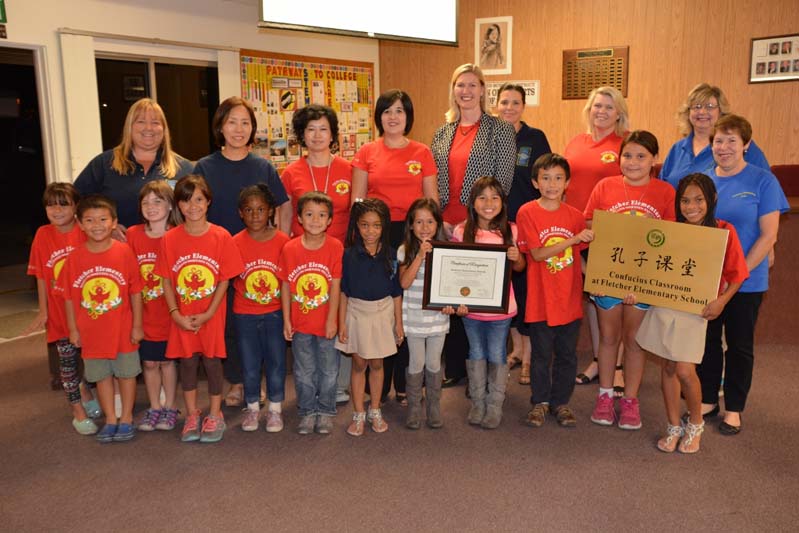